I have worked in all areas of ceramics, from making tableware to producing the one-off pieces that I make now. I have exhibited widely in such shows as Ceramic Art London, Earth & Fire at Rufford, Nottinghamshire and Art in Clay at Hatfield House.

I specialize in a type of Ceramics known as Maiolica. So, what is “Maiolica?” This is a term for a type of ceramics first developed in 9th Century Mesopotamia to imitate Chinese porcelain brought in by traders on the Silk Route. When it reached Europe, it is largely known by the places it was made, for example Delft in Holland, Hispano-Moresque in Spain, Faience in France, and Lambeth ware in England.

The essence of this technique involves painting on to the surface of an un-fired white glaze. These colours then become fused with the glaze in the subsequent glaze firing. This makes maiolica a wonderful conduit for colour, giving the painting a softness, depth, and luminosity not to be found in other ceramic techniques. It is a medium made for painting and with the many variables involved, brush work, thickness of pigment along with firing conditions, each piece is a truly one off.

My exhibitions include “At Home with Nature” at the Slimbridge Wetlands Centre, “The Flower” and “Fiesta” show at the Leach Pottery, St Ives, Cornwall, and the touring exhibition “The Pot, Vessel & the Object, 50 years of the CPA.”

I am a member of the Crafts Potters Association, and the Sussex Guild.

As a potter who also paints, I make a lot of preparatory paintings and drawings. They are originally conceived as research, but the gain a life of their own, often ending up as Artists cards and larger drawings. 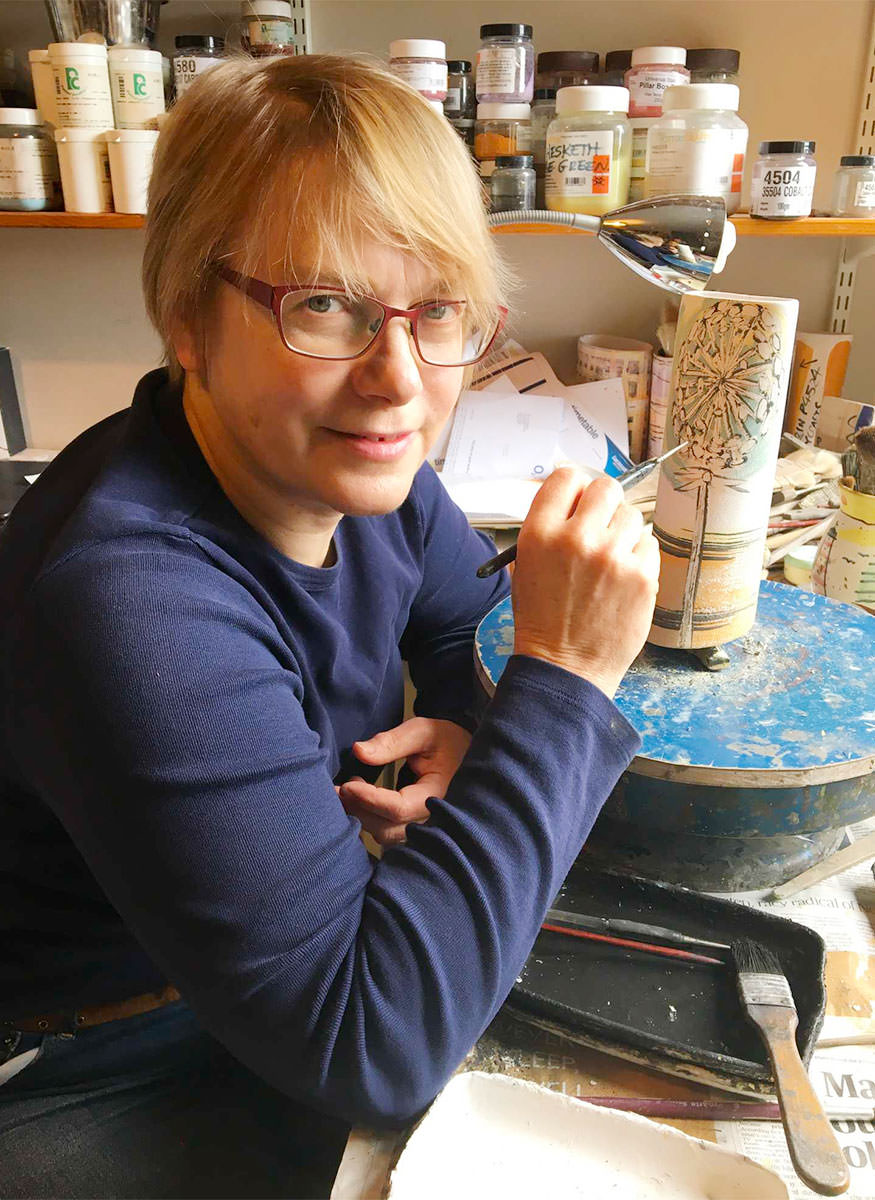 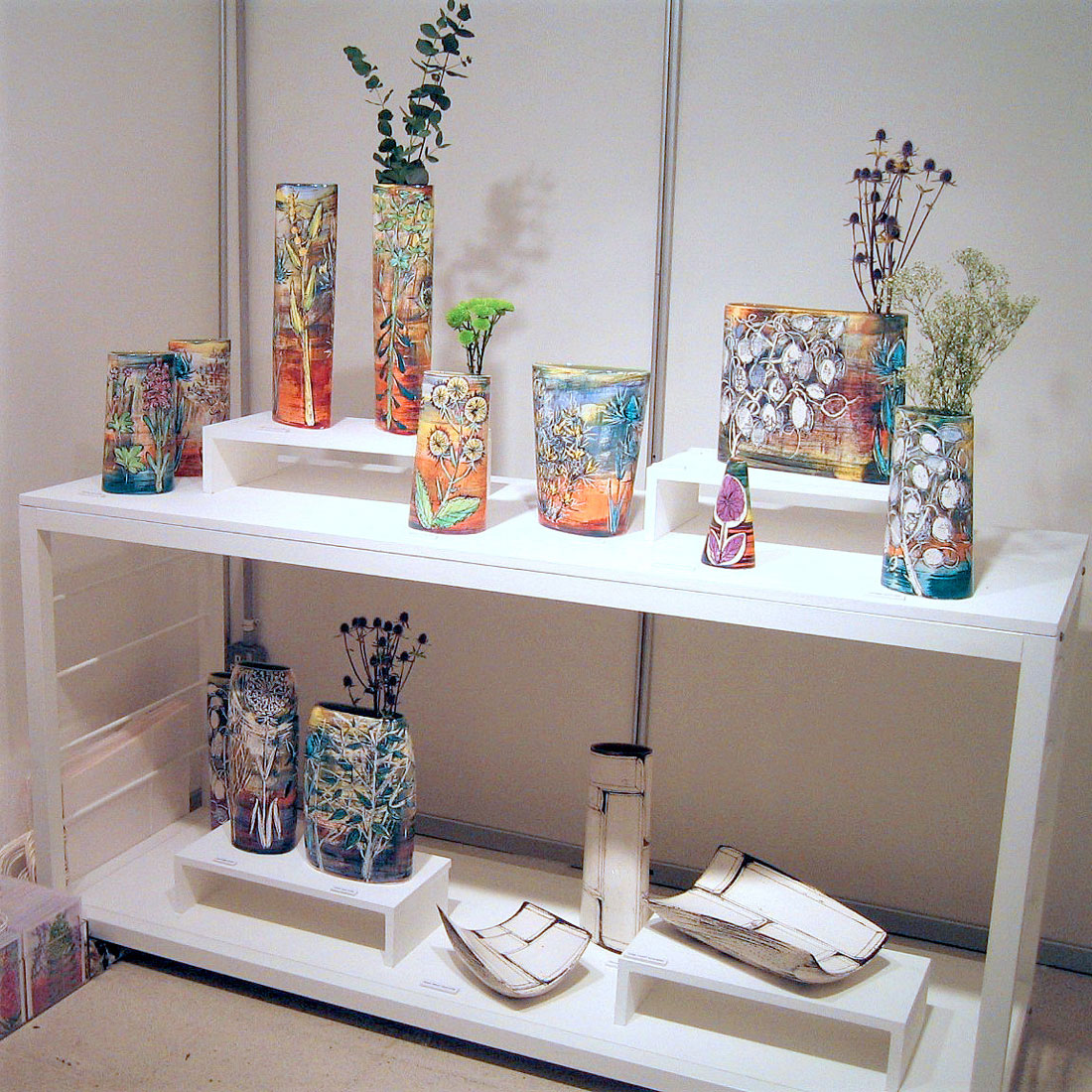 Here’s some use for the soaring temperatures, my

I’m often asked where I get my inspiration from.

Opening at the Rye Society Summer Exhibition which

Exhibiting first time as a member. I’ve been so

A mad montage of my new Poppies design. www.lisaka

Two sides of my Eucalyptus vase, continuing my fas